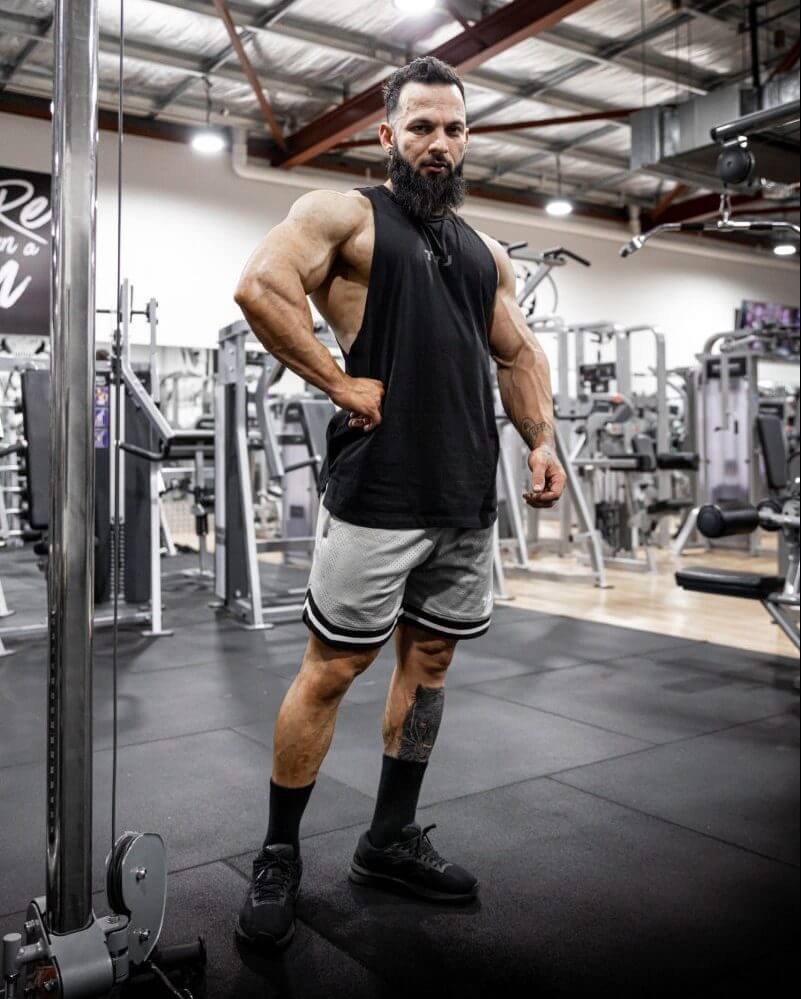 I was always the smallest kid in school, I hated it and was not happy at all. I joined the gym and started weight training at the age of 14 just to add a little bit of muscle to my frame. Since then I have not missed a training session and enjoy every bit of it. I have found a new passion which has changed my life dramatically in a very positive way.

After training for 8 years and making good progress, I decided to compete in a bodybuilding show at the age of 22. I competed in my first show in 2016 with the WBFF as a Fitness Model and I didn’t even make it to the top 10. I was disappointed but that did not stop me. After that I decided to join the IFBB Pro League and compete against the best of the best!

Every year I worked a bit harder to bring a better package. I failed so many times and was not happy with the outcome, but I didn’t say anything, I just went back to the gym and started again. I was just a young kid who wanted to one day become a Pro Athlete!

At the 2019 Arnold Classic Australia I won my class and then missed the overalls. Then the week after that, I travelled to New Zealand to do a show and came 2nd to who ended up winning the Pro Card at that show. I then tried again at the 2019 IFBB Pro League Nationals show. I won my class but missed the overalls once again. A year later, at the 2020 Arnold Classic Australia, I came second once again to the Pro Card winner.

I stayed on course, competed the very next season in 2021, and finally won my Pro Card! My journey made that victory ever so sweet!

My ultimate goal is to become Mr Classic Physique Olympia. I'm willing to do whatever it takes to get there and I will keep getting better until I own the title!

Pineapple on a pizza?

What are you freakishly bad at?

Trimming my beard... I can never get this one right LOL!

Would you rather fight 100 Hamster sized Hippos OR 1 Hippo sized Hamster?

100 Hamster sized Hippos for sure.

What do you think of Clowns?

At what age did you become an adult?

When I moved to Sydney at the age of 19.

What is your training split?

What are your future goals?

Personal Life Goals: Be happy & have a big family with 3-5 kids

How long have you been training for?

How did you get into the sport?

I wanted to be bigger.

Creatine. I use Rule 1 Creatine

What is your favourite piece of TMJ Apparel?

Nothing comes close to the TMJ Apparel Oversized Warm Up Tees.

In your opinion, what is the most effective way to build muscle?

What is your ‘go-to’ or favourite cheat meal?

In your opinion, what is the most effective way to lose body fat?

Caloric deficit (eat less calories than what you burn).

Most common piece advice you give to people?

Be patient! Everything worthwhile takes time and is not easy.

How do you ensure you stick to your diet?

Meal prep! I take my own food wherever I go... even to parties.

Do you have a quote you live by?

Believe the best is yet to come (I have it tattooed on my ankle).

The best part of waking up is?

Always looking forward to my breakfast.

What are the links to your social media accounts?